Message
from the President

Message from the President 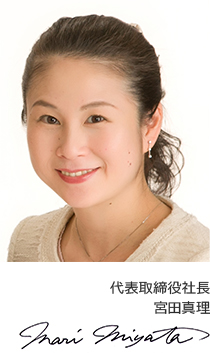 Business World Corporation has been the leading company of English-language publications in Japan since 1971. We publish a variety of periodicals, magazines and books in English.

In more than 50 years since our company was founded in 1971, Japan has accepted a very large number of foreigners, transforming some of its cities into international mega-cities. We are proud that our company has been able to provide English-language information on Japan for so many years.

The English magazine under the title of “Escort Tokyo” was founded in 1974, and our publications have been adopted as the official English-language medium during visits to Japan by world leaders such as HM Queen Elizabeth II and HRH Prince Charles of England, US presidents Gerald Ford, Jimmy Carter and Ronald Reagan, and the heads of government of the G7 and G8 member nations.

With the progression of communications and information exchange, the world has become smaller and smaller. Thus relations between nations have gradually grown closer. As a pioneer in the publications of English articles in Japan, we recognize the importance of our role within this generation. Therefore we will work in unison to continue delivering carefully selected articles to send out to the world.

(株)ビジネスワールド社 Business World Corporation,caption=BWC is on the eleventh floor of the building on the corner of Shinjuku Central Park with panorama view of Tokyo Metropolitan Office and Nishi-shinjuku. Just in front of Kumano Jinja Shrine crossing on the first floor you will find a coffee shop called Brazil and the main entrance is on the second floor. Please dial 1102 and press "call" button.

Business World Corporation donates to charities and non-profit organizations around the world.